The biblical city of Jezreel is located in the valley of same name and not so far com the ancient city of Megiddo, the town was connected right there to the ancient roman road from Caesarea Maritime and the region of Syria, Babylon and Assyria and also not so far from Beit Shean, another biblical city.

The ancient Jezreel is easy to be visited and visitors can walk along of scenery way to unique and complete two valleys, the Valley of Jezreel and Valley of Beit Shean and also to the Mount Gilboa, the scenario of Saul, Jonathan and Philistines battle. 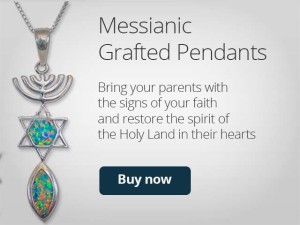 The future mourning of Israel over her Messiah is likened, in the second place (cf. v. 10), to the weeping on the day when godly King Josiah, the last hope of the fading Judean nation, was slain by Pharaoh Neco II, at Hadad Rimmon, traditionally identified as a village near Jezreel, in the plain of Megiddo (cf. 2 Chron. 35:20-27). Thus the greatness of the mourning at this final outpouring of the Holy Spirit can be compared only to the weeping of a most extreme individual (Zech. 12:10) and to corporate (v. 11) catastrophes of the nation.

The Valley of Jezreel

The valley of Jezreel, the eastern section of the broad valley separating Galilee from Samaria. From the pass between the hill of Moreh and Mt. Gilboa, where the town of Jezreel was located, the valley descends eastward to the Jordan, with Beth-shan commanding its eastern entrance. The broader plain to the west is known as Esdraelon — though sometimes Jezreel and Esdraelon are used interchangeably.

The valley of Jezreel comprised a rich and fertile growing area as well as one of the few routes to the Jordan Valley and the east. The famous Carmel Pass was used by traders and armies alike from Egypt, the east, and the Palestinian coast.

The Canaanites controlled the valley with chariots of iron when the Israelites entered the land (Josh. 17:16), and here Gideon met the Midianites and Amalekites in battle (Judg. 6:33-7:23). According to Hosea (Hos. 1:5) this valley was where the battle would take place that would bring an end to the kingdom of Israel.

The City of Jezreel

“JEZREEL,” Eerdmans Dictionary of the Bible, 714.

The Armageddon appear only in Rev. 16:16 (R.V., “Har-Magedon”), as symbolically designating the place where the “battle of that great day of God Almighty” (ver. 14) shall be fought. The word properly means the “mount of Megiddo.” It is the scene of the final conflict between Christ and Antichrist. The idea of such a scene was suggested by the Old Testament great battle-field, the plain of Esdraelon (q.v.).

The Fountain of Jezreel

Jezreel, Fountain of: where Saul encamped before the battle of Gilboa (1 Sam. 29:1). In the valley under Zerin there are two considerable springs, one of which, perhaps that here referred to, “flows from under a sort of cavern in the wall of conglomerate rock which here forms the base of Gilboa. The water is excellent; and issuing from crevices in the rocks, it spreads out at once into a fine limpid pool forty or fifty feet in diameter, full of fish” (Robinson). This may be identical with the “well of Harod” (Judg. 7:1; comp. 2 Sam. 23:25), probably the ‘Ain Jalud, i.e., the “spring of Goliath.”